Sharing Your Garden with Wildlife

I am an animal lover, and my very successful habitat garden invites in ALL the wild creatures. I also like to grow fruits and some veggies for my family. So—sometimes it can be quite a challenge to accept the fact that all my unripe persimmons have been taken by squirrels before they could even begin to ripen! I try to remain tolerant, knowing all I have to do is go to the grocery store, but at the same time I also try to figure out ways to protect my food plants, since nothing beats the taste of tree-ripened fruits and vegetables grown at home. One would think that a human being could outwit a rodent!

The deer are fairly easy to garden with, as long as any human food-producing plants are grown in areas fenced off from them. Oaks and acorns provide a large percentage of the dietary needs of deer, and there are distinct types of plants that they simply (almost) never bother. New plants can be protected until they are large enough to withstand a bit of deer browsing, and as long as you also remember to protect certain specimens from the bucks during the rut, you can create a beautiful garden in deer country.

Raccoons, skunks, and rats are often nightly visitors, and there is no way to fence them out! They are omnivorous creatures that will search out and eat a variety of insects, and also take large messy bites out of your fruits and vegetables. I’ve tried various methods to ward off these animals, including fake flashing eyes and irritating noises, which only work for a while, so it’s a constant challenge! Raccoons have a reputation as the “great re-arrangers” and they love water, so one tip I can give is: Don’t try to create water features without mortaring in all the stonework.

Western gray squirrels are harder to figure out. They seem to have a very broad taste in various food sources, taking seeds, greens, and fruits before you even realize what’s happening.

I’ve decided that my favorite nighttime visitors are the gray foxes, coyotes and bobcats, all of whom come for water, and probably to hunt rodents in my big compost heaps, but rarely disturb any of the plants in my garden!

If you’d like the condensed version of what is and is not safe to plant, see the handout at right called How to Garden in Deer Country. If you’d like much more detail on the history and life cycles of our Columbian black-tailed mule deer, read Living with Deer, Part I, II, and III, under Other Relevant Articles.

For many years I earned my living as a designer and craftsman. My specialty was making articles of clothing from leather, and deerskin was my favorite medium. I loved the suppleness and tensile strength of the leather, which allowed the articles to be hand-laced and decorated in many different ways. It’s just part of my nature to do a lot of research on any subject that interests me, which started out being all about old leather-working techniques. I also read a lot about the cultures of the native peoples, and was truly impressed with their attitudes of respect and gratitude for the gifts of life given to them by these animals. Eventually, it led me to read a lot about the creatures themselves.

Having lived close to open spaces here in Marin, I’ve observed and learned a lot about the deer and their habitats, and how to garden while co-existing with them. I love the deer—love having these beautiful, free roaming animals around—and hope that more people (gardeners, too) will learn to really appreciate these creatures.

It’s a beautiful thing to watch the deer, a number of the does heavily pregnant, browsing at the meadow’s edge, and not at all disturbed by the rainfall. They’re eating the clovers and vetches in the grasslands, taking the leaves from the soap lilies and blue dicks,...

Now that fall is soon upon us, and hopefully the rainy season as well, the time is perfect to plant California natives.  Many gardeners have issues and great frustration with the deer interfering with their planting plans. I happen to love and respect these...

A Paradise ruled by Queen Calafia Two major human caused environmental disasters drastically changed the natural world of a land that was long ago described as a mythical island; a terrestrial paradise ruled by a statuesque and beautiful queen named Calafia. The first...

For many Californians throughout the state, deer are the largest free-living animals they will commonly encounter; and for anyone with an affinity for the natural world, it’s an impressive thing to realize that these animals are self-sustaining, leading their own...
Next Entries » 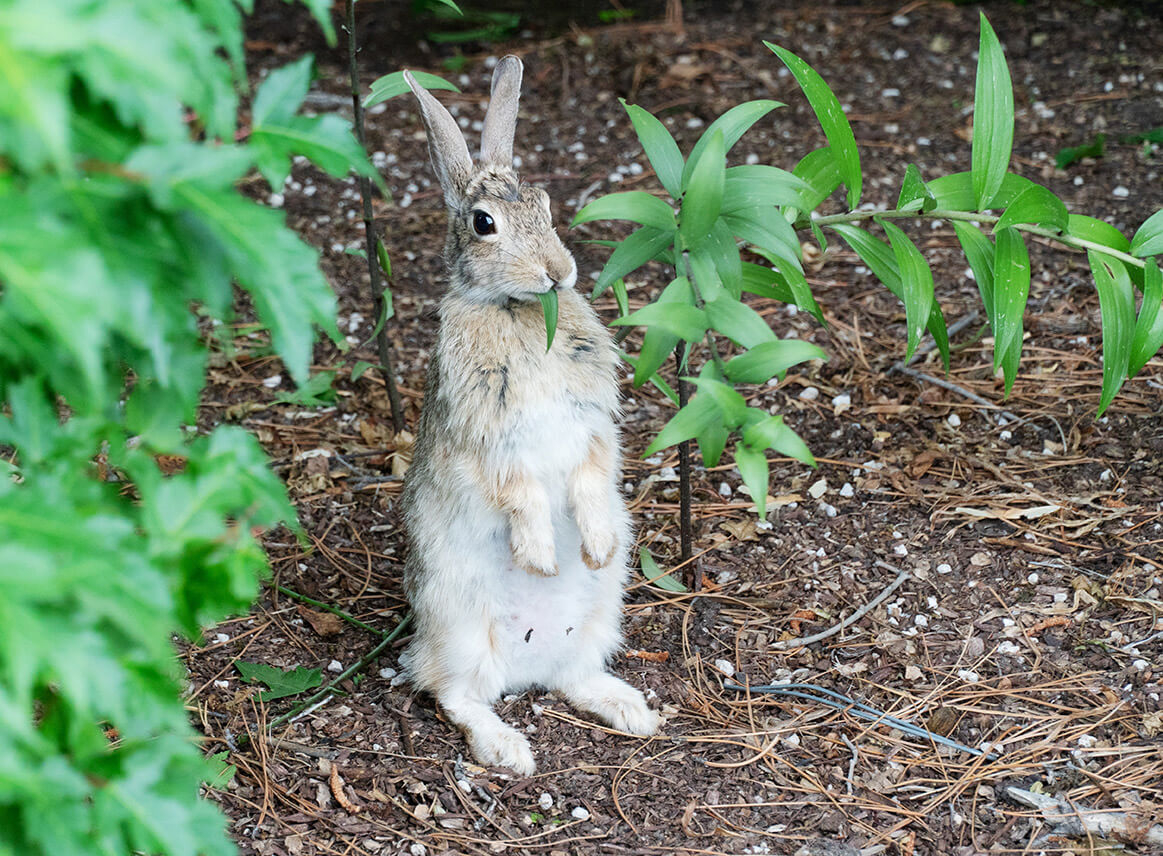 How to Garden in Deer Country