A native plant that we all know (or certainly should!) is Poison Oak (Toxicodendron diversilobium) because it is so widespread in the Bay Area. Many people get a very uncomfortable rash if they touch any part of the plant, so knowing how to identify it and avoid contact with it is pretty important. Poison oak is a plant, as the specific name denotes, of extremely variable forms; it can grow as a shrub, as a climbing vine, or a groundcover. It is also poisonous in the dormant state—touching the bare branches can result in a rash for those that are especially susceptible.

Even so, it is a beautiful plant and provides valuable habitat resources for a number of creatures. Deer browse the new leaves early in spring, and when the drooping clusters of white flowers are in full bloom they are also mildly fragrant! White to yellowish berries form by the fall, and are eaten by lots of birds. The leaves go through spectacular color changes, from pink to maroon to bright red as they begin to drop. The shrubs often grow in dense stands that provide cover for small birds and ground dwellers. It grows all over our two acre property, especially in the wildish woodland understory. I have it pulled only where it grows too close to pathways for comfort.

Poison Oak is a member of the Sumac family (Anacardiaceae), as is the common cashew nut. Another genera included in this family is Rhus, and there are three species native to California. Two grow in the wilds in the southern part of the state (R. integrifolia, Lemonade Berry, and R. ovata, Sugar Bush) but are very good garden plants here in the northern parts.

None of the Rhus species, including R. trilobata, or Sourberry, which is native to the northern parts of the state, are poisonous. Sourberry is

a plant that was important to the native peoples, for the fruits but especially for basketry materials. Stands of these plants were managed by coppicing or burning in early fall every other year to induce the growth of the long straight canes needed to make a variety of baskets. For one basket, more than a thousand one- or two-year-old canes were gathered and, by managing the stands of this shrub, that job was made much easier. Instead of visiting hundreds of unmanaged plants, about a dozen stands of managed plants could provide the needed materials. The fruits were also collected to make a refreshing and nourishing sweet-sour drink.

The leaves, at a glance, look like Poison Oak; there are the leaves of three but a close look reveals a difference. In Poison Oak, the two lower leaflets have no petiole, only the third one, at the tip, has an extended and obvious petiole. The Sourberry leaflets are all without petioles; the leaves-of-three are all held closely together. The fruits that develop in summer easily distinguish Sourberry as a different plant than Poison Oak; they are drupes, with bright orange flesh surrounding one flat, stony seed. It is not native in Marin County, but I am growing a few shrubs in my Novato garden, where they are establishing nicely.

Sourberry does grow in Lake County and at the forest edges around the mountain meadow at Lake Pillsbury in the Mendocino National Forest. We have camped there for more than twenty years, and I first noticed the shrub because of the bright orange drupes that form in summer. When the weather gets hot—it’s often ninety degrees or more on a typical summer day, the drupes start to exude a white crystalline sugary substance. I would pick them to suck on for the sweetness, and of course I brought home some seeds to try to grow it!

The shrubs grow in dense stands at the edges of the tree canopies, and there are particularly good stands of it facing the edges of the Gravely Airstrip at Pillsbury. This airplane runway was developed in order to bring planes, men and equipment in when fighting forest fires. Lots of private planes also use the airstrip, including the guys from Liberty Field Fliers in Petaluma, a group my husband belongs to. The guys would all fly in, many of them in experimental light sport planes which they built themselves, but my husband and I would drive in so that we could bring all the camping gear and supplies needed for a dinner feast for the club members.

The pilots all prefer to sleep right under the wings of their planes, all parked at the edges of the airstrip, and very close to these stands of shrubs. They all thought it was Poison Oak, of course, so they were very impressed with my botanical knowledge when I showed no hesitation in handling the leaves and even ate the fruits! 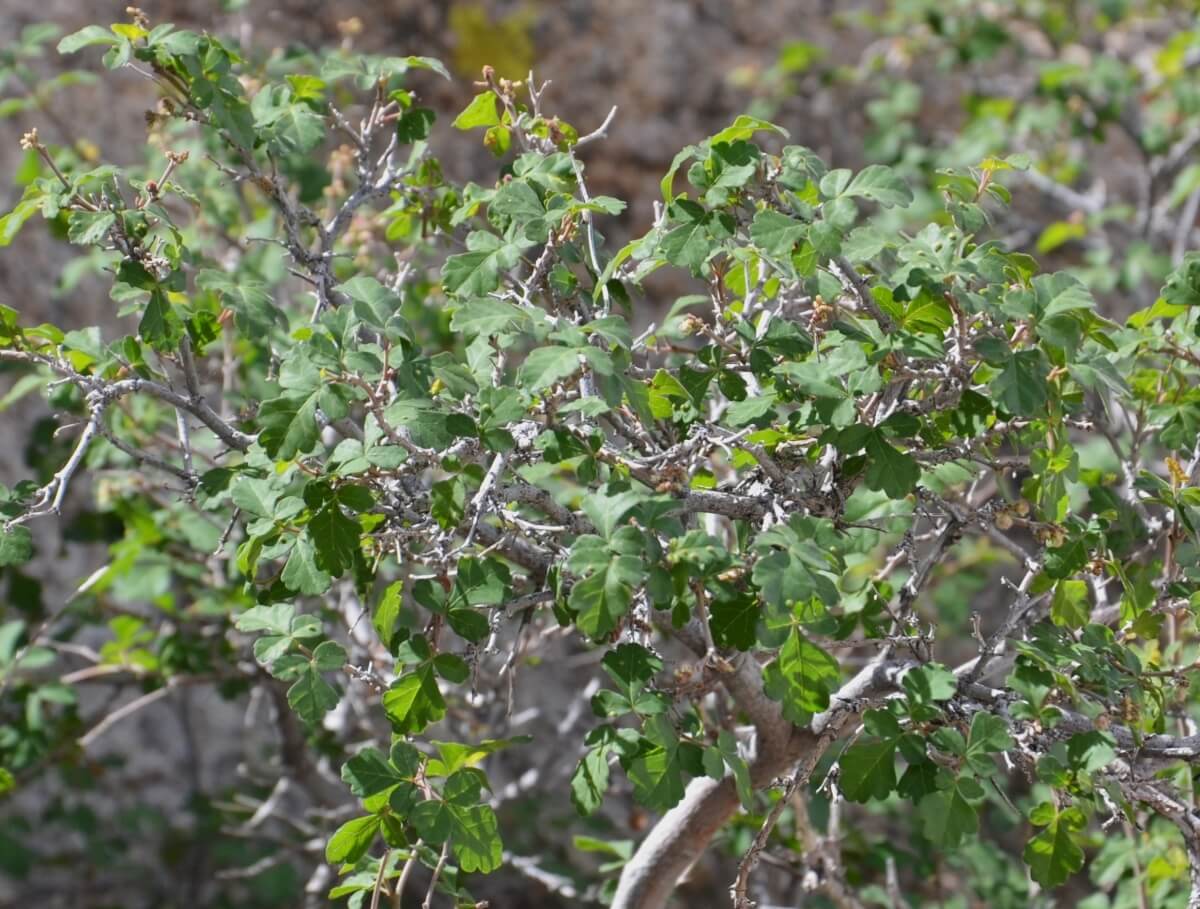