What is a Seed?

Seeds are always contained within a “fruit.” In botanical terms, fruits are the resulting product of the fertilization of flowers; some are edible by humans, some are not.

The common usage of the word fruit is somewhat misleading. A cherry is an edible fruit (to humans) and within it grows the seed. The beautiful seed capsule of the Humboldt lily is also correctly termed a fruit, although inedible, as the capsule contains the seeds. The little round capsules forming on the soap lily look like little fruits and they are—and numerous seeds are developing within each one—but they are not an edible fruit enjoyed by humans.

Seeds are one of nature’s miracles. The whole history of the plant, the evolution of a species over millions of years, is encased in this often tiny package! It is a time capsule, with a tiny, embryonic plant waiting in suspended animation until conditions are suitable for its optimum growth. It’s also the only time that a plant relies on a food source that it doesn’t manufacture for itself.

Seeds are also food for lots of creatures, including humans; just think of all the foods we eat that are seeds of one plant or another. Open any cupboard in your kitchen and inventory the seeds you find, whole or in altered forms.  Our “staff of life,” bread and cereals, are basically grass seeds; nuts are seeds, too, and so are lots of spices like black pepper, cumin, and mustard. We eat sunflower and pumpkin seed, and we make oil for cooking out of various seeds. We eat seeds before they ripen, like green peas; sometimes we also eat the pods, as in green beans. Seeds are often dried to provide humans with a wealth of nutritious food, such as the great variety of beans we have to choose from. Always remember, especially when collecting seeds for horticultural use, that seeds are food for many, many creatures. Insects, birds, deer, rodents and other mammals all rely on seeds as a source of valuable nutrients.

The native peoples of California harvested lots of seeds; acorns were their “staff of life.” They also harvested the very large pine nuts (seeds) of the ghost pine (Pinus sabiniana), and “nuts” of the buckeye and the bay trees. The native peoples harvested a variety of wildflower and grass seeds to make a pinole, and they made a variety of different seed-beating and seed-gathering basket styles to make the job easier. Seeds of elegant madia (Madia elegans) were thought to be the best tasting of all. I am absolutely charmed by the idea of people eating wildflower seeds!

Seeds are a means of distribution for plant species, as well. Since plants are obviously stationary, seeds have evolved in many ingenious ways to ensure distribution of the species over both time and space. Some seeds remain viable for decades; a portion of seeds produced one year may lay dormant, hidden, or camouflaged for many years as insurance against a disastrous year for the species.

In his book, SEEDS: The Definitive Guide to Growing, History and Lore, Peter Loewer coined the phrase, “A seed is an earthbound starship.” I also like to think of seeds as being “sent off by their parents with a lunchbox” containing all that they need to make their own way in this big beautiful world. Seeds can, and have, traveled easily with humans all over the world; perhaps Homo sapiens is just another agent cleverly employed by the plant world for its own benefit!

How Does a Seed Form?

The flowers of a plant are designed for the purpose of making seeds. If a flower is pollinated, then fertilization can take place, and a seed develops in the ovary of the plant. This is sexual reproduction, and ensures genetic diversity. As the fertilized seed...
Next Entries » 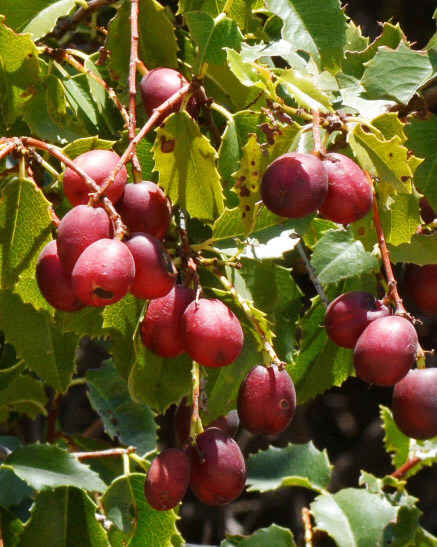 Special thanks to Marc Kummel for the use of his lovely photographs.